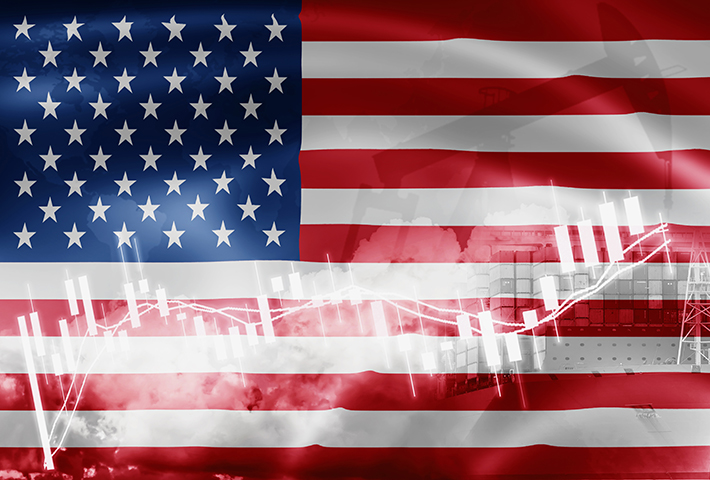 Definition of democracy
1a: government by the people especially; rule of the majority
1b: a government in which the supreme power is vested in the people and exercised by them directly or indirectly through a system of representation usually involving periodically held free elections

Election night! A night for democracy to shine and a night to remind ourselves that we, the people, of the United States, have the ability to effect change via our vote. It was a long night and we’re still counting the votes. We’ve often said that investors and the markets prefer transparency to make decisions for the future. Many had hoped that last night’s Presidential election would provide much needed transparency on the direction of the leadership of the country for the next four years. While the Presidential election got top billing last night (and that final outcome may not occur for the next few days), investors do have some better insight on what to expect going forward and the overnight markets reflect that data.

It would be remiss to not touch on how different this year has been for voting and the digestion of the data as vote counts started. This year has been much harder to interpret given the approaches of both political parties: Democrats' preferred strategy was to mail in ballots early, while Republicans preferred in-person voting. Depending on county and state, much of the early data was skewed one way or another. What we do know regarding the final outcome of the Presidential election hasn’t changed: according to political strategists, a few states will be determine the final outcome with Georgia, Nevada, Arizona, Wisconsin, Michigan, North Carolina, and Pennsylvania in focus.

Moving into the investment world, markets had been pricing in a Democratic blue wave over the past few weeks as initial polling data reflected a high chance for that to occur. A blue wave meant an acceleration of a transformative environment for the next few years with corporate taxes increasing, personal taxes for higher earners increasing, larger regulatory changes for certain sectors, a green energy buildout, and the likelihood of a much larger fiscal stimulus package. What was expected to be a large wave ... doesn’t look like it will occur, as the Democrats' path to a Senate majority has shrunk. What that means is the odds are favoring an environment of continuity of what we’ve seen so far this year. We will remain in an environment where the Federal Reserve and monetary policy will continue to be the forefront of supporting the economy versus larger fiscal policy, as the government is now expected to remain divided. Fixed income markets have begun pricing that scenario overnight, as the 10-year U.S. treasury yield decreased 13 basis points. Markets had been pricing in a larger debt load and had been requiring a higher interest rate for that. The yield curve steepening that occurred over the past few weeks was beneficial to the financial sector.

Global equity markets remained relatively calm overnight and remained such even as investors shifted from Asian markets to European markets. Domestic market futures traded widely overnight but have since reflected the latest data and investors have flocked back to what’s worked this year, primarily large cap technology companies. The VIX retraced from 37 down to 30, even with the Presidential election still up for grabs. The market had already been pricing in a wide range of outcomes and is now realizing that big changes are not coming. The regulatory environment is one unknown that will be closely associated to whomever wins the Presidency due to it not requiring legislation. If former Vice President Biden wins, expect him to be more aggressive here as it is one of the few paths to make large changes within a divided government. If President Trump wins, expect him to continue down the path he set on during his first term of less regulation.

Many investors have been defensive heading into the election, as a shift to a transformative world would mean many more unknowns. It is always important to build diversified, all-weather portfolios and to not bet on binary outcomes or to invest on emotions (political or personal). It’s clear that the Fed has “crossed the Rubicon” and will be purchasing assets and keeping rates low for the next few years. Looking through the election, markets will once again be focused on vaccine data and the timing of the release. Expect the next few days to have headline risk in terms of which candidate gets to 270 electoral votes, but the markets have already begun looking forward, once again.

Please join us for our upcoming webinar on Thursday, November 12 at Noon PT to hear more about the 2020 Election and what it means for your investment portfolio.

The Week Ahead – No Time to Be Talking About an Exit