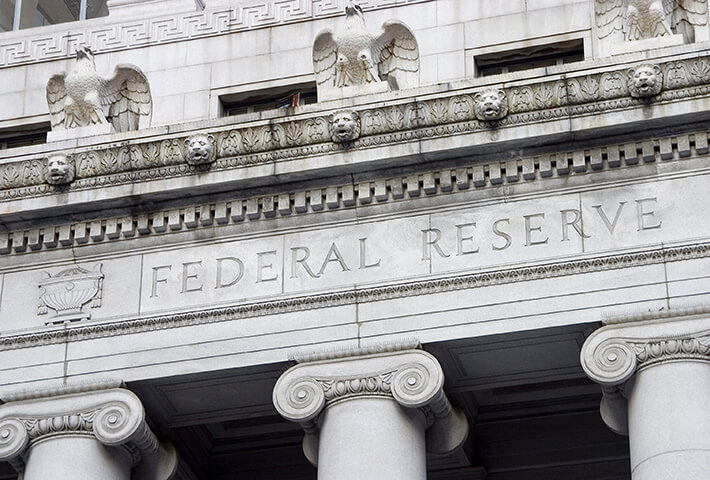 Global equity markets started 2020 priced for a goldilocks scenario: a low interest rate environment, accommodative central banks, a thawing trade war between the United State and China, and a global economy continuing to churn out slow growth a decade after the Great Financial Recession. Even as early macro events threatened investor sentiment (Iran/U.S conflict of 2020, the accidental shooting down of Ukraine International Airlines Flight 752, angst on the delay of the Phase One trade deal signing, Brexit, and President Trump’s highly publicized impeachment trial), investors continued to believe that markets would be able to thread the needle and the longest bull run in history would continue to run on. For decades the old saying use to be, “When America sneezes, the World catches a cold.” What most don’t know is that this widely used saying dates back to Austrian politician Klemens von Metternich (1773-1859) who, at the height of Napoleon’s reign, declared that “When Paris sneezes, Europe catches a cold.”  Literally and figuratively, China has sneezed and the world is catching a cold. To add fuel to the fire, Saudi Arabia reversed course over the weekend, slashing official crude oil prices after Russia refused to support a global supply cut to help stabilize oil prices after demand had dropped due to COVID-19. An oil price war was the last thing investors were hoping for to kick off the week.

This past week the Federal Reserve proactively tried to utilize a booster shot for global investors, surprising the market with a 50bps rate cut two weeks before their March meeting. Investors initially were satisfied before they quickly realized: rate cuts don’t cure viruses. Taking a look at Federal Reserve intermeeting rate cuts since 2001 shows that another round of rate cuts is highly likely, with the last four instances seeing 50bps rate cuts occurring at the next scheduled FOMC meeting.  While interest rate cuts don’t cure viruses, they do help stimulate economic growth and central banks are clearly drawing the line in the sand: they won’t allow the Novel Coronavirus turn into a credit event. We’ve seen volatility back to the levels during the Great Financial Recession, a credit event at its core, a time where we didn’t know if the banking system as we know it would survive and if the cash in our bank accounts was even accessible. Along with the Fed’s booster shot, presidential hopeful Joe Biden proved himself to be a real alternative to Bernie Sanders with his Super Tuesday showing. Sure doesn’t feel like a “win” as domestic equity markets remain in correction territory, but the S&P 500 ended up +0.6% for the week even as U.S. Treasury yields plunged to record lows. As of Monday morning, the entire U.S. Treasury yield curve is below 1% for the first time ever.

COVID-19 has most likely disrupted any modest economic growth that investors had planned for in the first half of 2020. However, given the levels of global liquidity, the coordinated responses by central banks, combined with likely fiscal policies (i.e. payroll tax cut, financial stimulus, or State and Local Tax (SALT) relief), there is a decent chance that economic growth is only delayed rather than outright canceled. Recessions tend to occur due one to three things: an overly aggressive Fed, commodity spikes, or extreme valuations. Currently the Fed is extremely accommodative, commodity prices remain low (specifically oil with the oil price war), and equity valuations are close to fair value. Just a reminder, bull markets don’t have expiration dates. 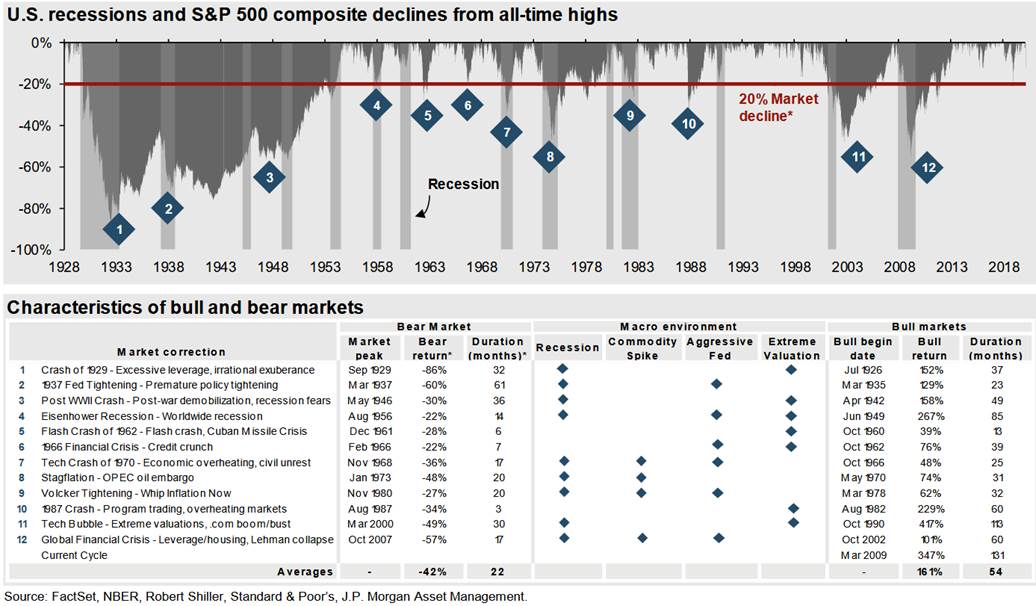 Using our investment framework as our anchor, we continue to utilize all of our investment resources to do our best to make good decisions for our clients: reaffirming investment objectives, balancing risk and return, as well as the fear of loss and regret on future opportunities. The past few Fridays bring back flashbacks to the Great Financial Recession, when short-term investors didn’t want to be invested over the weekend as they would be unable to trade on any potential news that occurred during closed trading hours. Until a vaccine is found or fiscal policy is instituted to soothe both Main Street and Wall Street, expect volatility to remain within +/- 2-3% days as normal. Recession odds have once again increased. It’s difficult being uncomfortable and the fear of loss can often times lead to bad decisions such as selling low and buying high. As noted above, we are constantly balancing both the fear of loss and “future regret,” regret of locking in losses or regret of not investing when great investments were available at a discount. Market timing investing is a very difficult endeavor, even more difficult in today’s markets where an estimated 80% of cash trades are being executed by algorithms without any human input (The Economist, October 5, 2019). I recently re-read Warren Buffett’s New York Times Op-Ed back in October, 2008 titled Buy American. I am. It still rings true today.