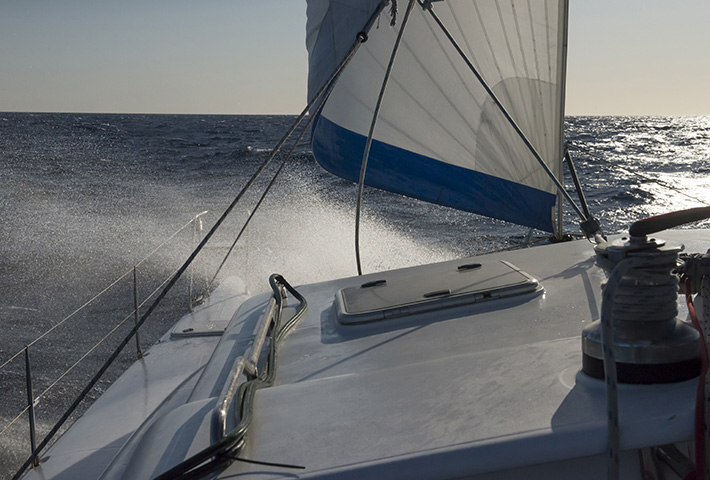 Yesterday, domestic equity markets saw one of their most volatile sessions in months as an early morning value rotation trade (investors taking profits in tech stocks and reinvesting in value sectors such as financials and energy) turned into a full-blown broad market selloff, with all S&P 500 sectors selling off. The S&P 500 ended the day down 3.51%, the first time in two months where it traded above or below 2%. Investors have been piling into the “work from home” basket of stocks since the start of Covid-19 and the market saw a massive momentum trade in August as “FOMO” (Fear of Missing Out) pushed the S&P 500 to a monthly return of 7.19% and, in turn, pushing the year-to-date return to 9.74%. Pullbacks and corrections are part of the normal investing process, and for stocks to go up 3%, 4%, 5% day after day is unsustainable. 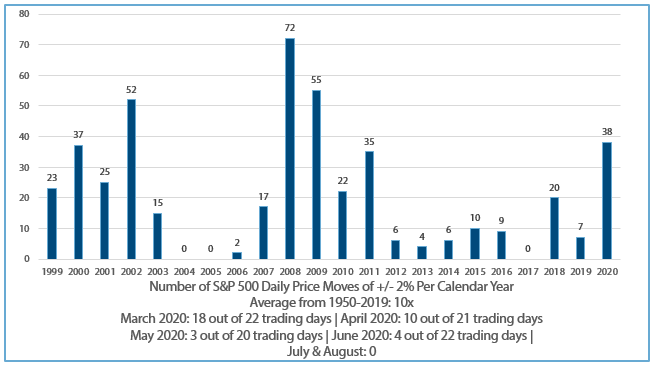 Looking back at the Great Financial Crisis, I vividly remember the first quarter of 2009 when equity markets hit their lows in mid-March. While the S&P 500 would go on to return 26.46% return that year (following 2008’s decline of 37.00%), investors were fraught with the headwinds of that specific crisis: systemic credit risk would remain elevated with another Lehman Brothers collapse eminent, a double-dip recession would occur, housing would never come back, and we would never be able to get out of a deflationary environment. As transparency got better over time, those left-tail risk events were slowly pushed away with the S&P 500 returning 15.06% in 2010, 2.11% in 2011 (another double-dip recession fear year), 16.00% in 2012, and 32.39% in 2013. As we have written about previously, investors will always be fighting a tug-of-war. Today’s environment, while similar to that of the GFC, has its own set of unique tailwinds and headwinds.

Equity markets are once again having a volatile session this morning, even after August’s strong employment report (unemployment dropping down to 8.4% from 10.2%), but it looks likely that the S&P 500 will break its streak of five straight weeks of positive gains. That’s ok. That’s healthy. That’s normal. More importantly, looking at other pieces of the market such as bond yields, inflation expectations, and credit spreads; all remained stable yesterday. The VIX did jump up slightly from the mid 20’s to the low 30’s, but still below June’s 40’s and well below March’s 80’s.

The Week Ahead – Too Early to Declare Victory

The Week Ahead – Tempered Expectations