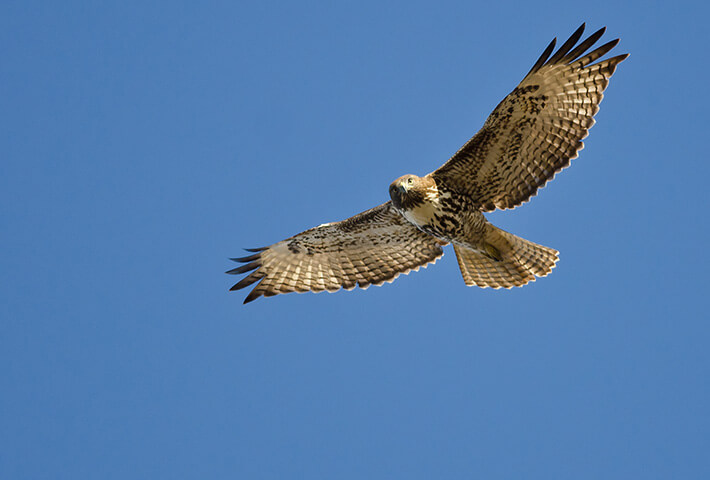 As of this writing, the Dow Jones Industrial Average has plunged over 750 points. The NASDAQ and S&P 500 are both down close to 3%. Today’s decline is coming on the heels of last week’s 3% drop in the equity markets. Prior to last week, the markets had been flying high. Why the sudden change of sentiment?

The volatility began last week with the Fed’s move to lower interest rates. While the Fed’s decision to cut rates by a quarter of a percentage point was largely in-line with investors’ expectations, investors were rattled by Fed Chairman Powell’s reference to the reduction as merely a “mid-cycle adjustment.” This seemed to signal that the rate cut was perhaps a one-time event rather than the beginning of a longer period of monetary easing. The market had been looking for the Fed to telegraph a more certain path of further rate reductions during the balance of the year. It seems that Powell, as well-intentioned as he may be – and whether you agree with his policy stance or not – can’t seem to get the language right with investors. First, it was his “autopilot” comment, and now it’s his “mid-cycle adjustment” comment.

The other event that rattled investors last week was President’s Trump’s surprise announcement that he would be raising tariffs on Chinese goods by an additional 10%. Just when it seemed some progress might be occurring on the trade front, investors have come to realize things are actually getting worse, not better. Some observers had suggested the Chinese were deliberately avoiding striking a trade deal in an effort to buy time until the U.S. election. Trump’s move could be a way of forcing them back to the bargaining table. Furthermore, the timing of Trump’s announcement, coming one day after the Fed’s rate cut, was telling for many. Some analysts suggested that Trump, who was disappointed that the Fed cut rates by only 25 basis points, was using trade policy to drive the Fed to adopt a more aggressive easing of monetary policy.

Hawks on the Rise

In our recent commentary, Hawks Versus Doves, we discussed the battle between hawks and doves across three key fronts: central bank policy, geopolitical tensions, and the trade war. We noted that our base case scenario – which called for sound, even if slowing, economic growth, a low likelihood of a recession (in the foreseeable future), inflation held in check, an ongoing easing by the Fed, the avoidance of military conflict, and an eventual trade agreement – was largely in place. In short, the doves seemed to be in control. However, we also noted that alternative scenarios may play out instead, suggesting the possibility that the Fed may make a policy mistake and that the trade war could worsen. While we’re not yet ready to throw the towel in on our base case scenario, it’s become clear that in the near term at least, the hawks have suddenly gained the upper hand. Instead of a 50-basis-point cut, we got a 25-basis-point cut, and more importantly, the Fed failed to signal a path toward further rate cuts with its “mid-cycle adjustment” language. And, instead of progress on the trade war, we’ve seen the Chinese adopt a more hawkish strategy of trying to delay an agreement until after the election and Trump countering with a similarly hawkish move with his surprise imposition of a further 10% of tariffs.

A Game of Tit-for-Tat

The response by the Chinese today, which is causing the market decline, was to weaken the Chinese currency, the yuan, allowing it to fall to its lowest level since 2008 (with the dollar appreciating to the psychologically important level of above 7.00 RMB to the dollar). Investors are worried about the trade war spilling over into a currency war. In effect, this would represent a new front in the battle for economic supremacy. The Chinese also announced the curtailment of agricultural imports, further exacerbating the trade dispute. It seems that instead of progress on an agreement, we’re back to a game of tit-for-tat.

How are we positioning our clients’ portfolios in the face of this new news? First, we should note that things are fluid and we’re still digesting events as they unfold. Importantly, we’re not reacting in a knee-jerk fashion. While the recent news represents perhaps the beginning of a deviation from our base case scenario, it’s not clear just yet that the base case scenario is no longer the relevant framework overall. This could be merely a temporary setback. Moreover, recall that we noted in advance the possibility that we could see an alternative scenario play out and we built in various mechanisms in our strategy already to deal with the possibility of such an event. These include (a) broad diversification across multiple asset classes (stocks, bonds, real estate, alternative assets, cash), (b) playing both offense and defense simultaneously (holding some defensive assets such as cash, short duration bonds, high quality bonds, including Treasury securities, municipal bonds, and investment-grade corporate bonds, income-oriented assets, and less-correlated assets), and (c) utilizing a valuation-oriented framework to tactically adjust our allocation as necessary over time to account for changes in our view.

Taking Chips Off the Table

After such a strong run in the equity markets this year, we have been taking some proactive steps lately in anticipation that we might get some volatility. For example, in many of our asset allocation strategies, we sold an international small cap equity fund to reduce risk. We shifted the proceeds to a less volatile, more conservative, income-oriented infrastructure fund. We also sold one of our strong performing REIT investments and reduced risk. We have kept the proceeds in cash as “dry powder” for possible opportunities, including perhaps pullbacks like this. We are also participating in a partial tender process for a private REIT owned by many of our clients that should reduce risk and provide more liquidity.

For now, we think the worsening trade war represents merely the latest round in the ongoing negotiating battle between China and the U.S. At various times during the negotiations, the doves have gained the upper hand, only to be outflanked by the hawks at other times. This is one of those times where the hawks appear to be in the ascendency. While things could certainly get worse in the near term, the rise of the hawks could once again prove temporary. We think the most likely scenario over time will still be some sort of resolution to the trade war, since neither the Chinese nor the U.S. administration wants to see the global economy slip into a recession. In the meantime, however, it looks like this dispute is going to go on longer than investors imagined, and so we would suggest that investors buckle up for the possibility of more volatility in the near term. Rest assured that, as always, we will be watching events very carefully, and adjusting our strategy as necessary to protect capital, but also seeking out opportunities that may arise.

As always, should you have any questions, please feel free to reach out to your Wealth Advisor.

About the Author
Louis P. Abel, CFA, CAIA, Chief Investment Officer
Mr. Abel serves as chief investment officer, chair of the investment committee and chair of the alternative investment sub-committee for First Foundation Advisors. Through his cumulative roles, Mr. Abel leads the firm’s economic and market outlook and overarching investment strategy – including decisions on strategic and tactical asset allocation, and manager selection. Mr. Abel has over 25 years of investment experience. Prior to joining First Foundation in 2010, he served as senior portfolio manager for U.S. Trust. While there, he was responsible for managing nearly $600 million for individuals, family offices, foundations and municipalities; and served as a member of the Global Wealth and Investment Management Advisory Board. Past positions also include senior portfolio manager for Wells Fargo Private Bank; senior portfolio manager for Husic Capital Management, where he co-managed more than $1.3 billion in assets for clients such as Coca-Cola and Stanford University; and more than a decade with Engemann Asset Management, where he spearheaded the firm’s international investment effort, managing a global equity mutual fund and serving as a member of the investment committee. Mr. Abel began his career as an analyst at Wilshire Associates, where he served on the consulting team for major pension fund clients such as CalPERS and CalSTRS. Mr. Abel serves as an ambassador for Professional Child Development Associates, where he was previously a member of the Advisory Board and Board of Directors. He was also previously the chair of the Finance Committee and served on the Board of Trustees for the Pacific Asia Museum (now named the USC Pacific Asia Museum), and the Board of Directors of Southwest Chamber Music. Mr. Abel completed Stanford University’s Executive Program on Investment Management, earned an MBA in international finance, graduating with honors, from UCLA’s Anderson School of Management, and holds a Bachelor’s degree in economics from the University of California, San Diego. Mr. Abel also holds the Chartered Financial Analyst® (CFA) designation and the Chartered Alternative Investment Analyst (CAIA) charter. Read more

The Week Ahead – Controlled Risk