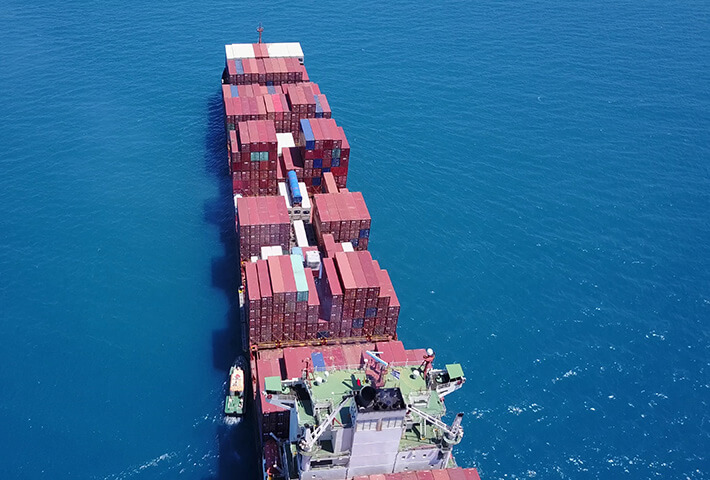 Markets decline on an escalation of the U.S.-China trade war

As of this writing, global equity markets are down in intraday trading by more than 2% today on news that the Chinese will retaliate against the Trump administration’s increase in tariffs by imposing tariffs on U.S. goods. The recent volatility began last week when President Trump announced in a tweet that negotiations over a deal had broken down and that the U.S. would increase tariffs from 10% to 25% on $200 billion in goods from China. After declining for most of the week, markets recovered slightly on Friday on a comment from Treasury Secretary Mnuchin that negotiations were “constructive.” However, defying a call from President Trump not to retaliate, China announced it would retaliate by imposing tariffs on U.S. goods on June 1. A tariff of 25% will apply to 2,493 U.S. products with additional goods facing tariffs of between 5% and 20%. The latest salvo occurred when the Trump administration announced plans to impose 25% tariffs on all remaining imports from China, representing an additional $325 billion in trade.

If a trade agreement is not reached, economists at the economic research firm, Strategas, estimate that the existing tariffs could impact U.S. GDP growth by approximately –0.1% for every two months the tariffs are in place, or roughly -0.5% for a full year. Much of the hit to GDP is from reduced confidence and lower investment. The impact on China would be substantial as well, with a hit to GDP of up to -1% per year, though some of that could be offset by stimulus (and the Chinese may be unwilling to report lower numbers). If tariffs are placed on all $500 billion of China’s imports for the full year, GDP growth would be impacted even further – with some economists suggesting an increased risk of a recession.

That’s the “what.” What about the “what now?” Obviously, things are fluid and we are still evaluating the impact of this news as we speak. But, our take for now is that while the breakdown in an agreement is unfortunate, it’s not an uncommon occurrence in negotiations like this. Game theory suggests that participants will often seek to change their stance or even step away from the bargaining table at the last minute in order to attempt to achieve an advantage over the other party. An agreement was believed to be 90% completed, with only a few remaining sticking points. It’s important to note that a breakdown in negotiation like this doesn’t mean that the parties are starting from square one. While the remaining issues may be thorny, to be sure, it’s at least somewhat comforting that much has apparently been accomplished. And, the good news is that both parties are still talking. Talks resumed this morning and were expected to continue throughout the day. There are even press reports of a potential phone call between Presidents Trump and Xi later today (Monday).

We still think a deal will eventually be reached. It’s in both parties’ interests to reach an agreement. Neither the Chinese, who are facing a slowdown in growth, nor President Trump – who’s facing an election in 2020 – want to see global economic growth threatened for very long. It’s our belief that this is simply last-minute posturing before a deal.

We would also note that with the Federal Reserve on hold, at least we don’t have the issue of rising interest rates on top of the trade war to worry about as was the case last year. With the delay in reaching an agreement, and the threat it poses to global economic growth, we believe the Fed is even less likely to raise rates going forward and even more likely that we could even see a rate cut. Moreover, we think it’s more likely that China will introduce further stimulus measures to help prop up its economy, which has become a key driver of global growth.

While our base case for an eventual trade agreement hasn’t changed – the date has merely been pushed out a bit – we nevertheless remain vigilant about alternative scenarios, including a full-blown breakdown in negotiations with no agreement. As we noted in our recent commentary, Early Bloom, this is a possibility. We have already positioned our clients’ portfolios for multiple scenarios. With an uncertain outcome, we’re playing both offense and defense simultaneously. Rest assured that we will remain vigilant about this risk – as well as the many other global macro risks that are out there – and we will adjust our portfolio positioning even further as necessary. But, for now, we remain optimistic that a deal will be done and markets will eventually resume their upward path. In the meantime, prepare for some short-term volatility.

As always, please feel free to reach out to your wealth advisor if you have any questions.

The Week Ahead – Algebra: Solving for W