What the 2020 Presidential Election Means for Your Portfolio 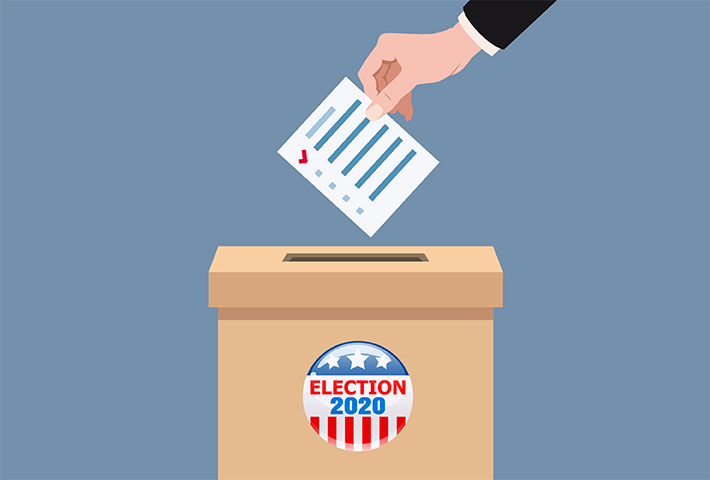 We typically don’t mix politics with our investment commentary, but every couple of years (and definitely once every four years) we are compelled to address it. Our positioning is one that looks at what the various fiscal policies might mean for your investments. And this year—specific to the topic of tax policy—there is more disparity than ever between the two candidates. Plus, we are coming off a time period where there has been more federal spending than any time in the history of the United States. So, putting traditional politics aside, let’s take a deeper dive into this election.

Let’s start with the elephant in the room: the certifying of a winner and the transition of power. Many non-partisan political strategists are projecting some degree of uncertainty as to when the certification of the election will be announced. Markets don’t like uncertainty, and this could make for an uneasy November. There is nothing fundamentally at play in the markets, other than the possibility of not knowing which leader takes to the White House at Noon on January 20. If we have a prolonged period of counting/recounting ballets, there could be some lasting impact. But the best-case scenario is that we have a clear tally of the votes by November 10, which still leaves about five trading days of uncertainty.

2016 Taught Us to Not Trust the Pollsters

Despite pollsters being proven largely incorrect in 2016, they have revised their models for 2020 and are at it again. And why not, polls help fuel the news cycle. But for us they do no more than help shape some of our positioning, or at least how we think about positioning. This is the time of year when we start placing probabilities on candidates being elected and implementing their policies (which again vary dramatically). We might not invest more in certain sectors if we think a victory by one candidate could negatively impact that sector (e.g., healthcare in 2016, defense in 2008, etc.). Interestingly, the starting point of this election looks similar to where we were in 2016, when most polls predicted Clinton over Trump; so it is not clear if the pollsters are bound to repeat themselves in 2020 (“fool us once…”). Fast forwarding to today, most experts agree there are states that are solidly Republican (Texas, Utah), and there are states that are solidly Democratic (California, New York). And when you complete that exercise across all 50 states, there are approximately 11 states that are up for grabs. For us—and your portfolio—this doesn’t mean much, but it does allow us to place probabilities on certain investments as applicable. If those 11 or so states begin to turn toward one candidate, then we might start reallocating investments into sectors that could benefit if that candidate were to win.

History has shown us that the market tends to perform better when the incumbent is in the race. The run-up in the markets during an election when there is an incumbent running is typically higher, especially in September and October. This trend dates back to 1932, but what we have seen in more recent years is incumbents using their power to implement policies that benefit markets during the election year. Given the historic stimulus in the spring and summer, it will be interesting to see if there is anything more the current administration can do to boost the markets this fall. That said, the ultimate elixir will be a treatment (or cure) for the virus. Much of that is already baked into future models, with a predicted release of vaccine in 2021, but we could see a favorable market reaction in the fall if it were to arrive earlier than predicted.

Since 1932, the average four-year forward annualized return of the S&P 500 after an election has been 9.3%. Only three presidential elections (out of 22) have resulted in a negative forward result. Unfortunately for many of us, there were back-to-back four-year periods in 2001 to 2009. This was the decade of stagnation, but since then the S&P 500 has experienced returns in excess of the 9.3% historical average. We have also seen that you significantly miss out if you invest only when “your team” wins. A long-term investing strategy generally performs best when fully invested. Not to mention the presidential approval rating has little relevance to the stock market. Since the Kennedy administration, the sitting president has been viewed unfavorably by more than half of the country 45% of the time. History has shown us that as long as the President’s approval rating polls somewhere between 35-50%, the markets will usually perform positively. That is a fairly wide berth in our opinion.

I imagine it is much more fun for candidates to talk about colonizing mars than it is to describe the tax credits and income exclusions in their tax proposals. Campaign pledges can be grandiose and oftentimes capture media headlines. But for us, as investors, we need to pay close attention—and hedge based on probability of election outcome—to each candidate’s policies. This is the single most important aspect of how the President can impact your investments. Not necessarily from a market standpoint, but from a wealth planning standpoint. The President’s policy can shape many aspects of your financial picture, from your income tax bracket to your capital gains rate to your charitable giving options. So, depending on where you are in your financial journey, you may need to plan accordingly for each of the various policies that could unfold. Waiting until November 3 might not be the smartest approach. No one wants to get caught flat-footed, especially when some of these new policies could be retroactive to the previous year. Like any year, it is smart to seek advice heading into year-end, to simply ensure you are taking advantage of all the currently available ways to maximize your wealth.

This election will no doubt be historic, and could reach a feverish pitch we haven’t seen in some time. And whether this translates to the rise of a new administration or the continuation of the current one, we have to remember that the stock market is not political. It may be used as a measuring stick by political pundits, but the act of investing remains the same: find unique investment strategies, and within large cap equities, stick with high-quality companies providing transparency on building sustainable growth, adding value, and at a reasonable price. Wrap that up with a wealth plan to ensure you are doing everything you can to maximize your strategies, and you should be in good shape—no matter who is sworn in on January 20.

The Week Ahead – Too Early to Declare Victory

The Week Ahead – Tempered Expectations